Motoki Yoshihara illustrated the manga, which is an adaptation of the light novel series. The manga is on the pages of Square Enix's Young Gangan magazine. The second manga adaptation, Gakuen 86 by Suzume Somemiya has started serializing in Media Factory's seinen manga magazine Monthly Comic Alive on June 27, 2020.

The manga first started serializing on Square Enix's Young Gangan magazine Issue 05 on February 16 of 2018. The first volume was shipped on October 10, 2018.[1]

So far, the manga has been compiled into 2 volumes amassing over 300,000 copies in circulation.[2]

Yen Press licensed the manga to translate and distribute the series in English in July 2020.[3] The first volume was shipped on December 15, 2020.[4] 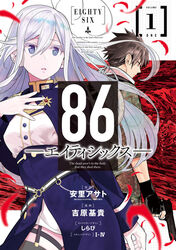 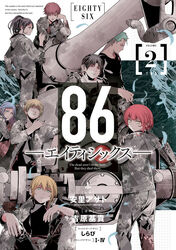 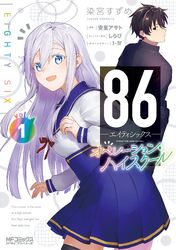 Retrieved from "https://86-eighty-six.fandom.com/wiki/Manga?oldid=1488"
Community content is available under CC-BY-SA unless otherwise noted.